We Interrupt Our Regularly Scheduled Blog Post to Bring You This Important Announcement:

Originally, I intended to post readers' and customers' photos. I had scheduled a post for yesterday, done all of the necessary pre-post work (contact the owners of the photos for permission, collect usernames and first names, write copy, program the post, edit, etc.), and readied myself to put the finishing touches on my article, but I kept procrastinating about that last step. I put it off so long that I ended up needing to postpone publishing until today. The more I thought about posting about crochet, the more my heart and mind wandered to our nation's military and the many soldiers, sailors, and airmen who've touched my life. So, for those of you who are itching to see the finished objects, come back on June 12 and you'll be quite pleased, I assure you. But please read on; I doubt you'll be disappointed.

It's Memorial Day. It's supposed to be a day when we remember our fallen servicemen and women and offer thanks to those who came back alive, but not always in one piece. Therefore, I just did not feel right letting today go by without acknowledgement of their service. Too much has happened lately to ignore all the efforts of our military. I won't speak specifically to current events; that's CNN's job. I'm no journalist, just a blogger with a lot of love for our military personnel. Instead, I want to tell you about my hero: my father who served two years in the Navy.
Me: "Daddy, did you serve in Vietnam."
Dad: "No, but I served during Vietnam. My ship was stationed in the Mediterranean. I never saw combat."
Me: "So what did you do?"
Dad: "I cut hair."
My dad was a barber, a real, old-fashioned, "shave and a haircut"-type barber. He bought his shop from the owner under whom he'd apprenticed and ran it himself for years until the physical strain of standing in one position on concrete floors for eight hours a day started to take a serious toll on his body. So it didn't surprise me that he cut hair on a ship in the Med for the two years he was enlisted. I know he loved the Navy, but I also know that family meant too much for him to make a career of his military service. He loved the travel, but he loved his home in Manchester, NH more. I don't know all the details, and Dad's a touchy subject in my family, so I dare not ask.
What I have been able to piece together is this: Dad worked in a shop not far from the restaurant where my mother waitressed. One afternoon, while having lunch with a friend/client (Bob), he finally asked Mom out on their first date. He took her to see Dr. Zhivago. That client and I ended up working together many years later and Bob told me repeatedly that if it weren't for him, I'd never have been born. You see, the way Bob told the story, Dad was too shy to approach Mom until Bob pushed Dad into it. It's a good thing he did because Dad proposed two weeks later.
Dad continued working in the shop and bought it from the owner when he retired. Eventually, when it became clear that Dad would not be physically able to continue in his chosen career for the rest of his life, he enrolled in night school and got his real estate license. He sold houses until his death in 1984. Dad always said that if he had to go, he'd choose to have a heart attack in his sleep. He did. He was 41; I was 14.
"I cut hair." That's all I know about Dad's military service, but whatever else he may have shared convinced my Uncle Walter (Mom's younger brother) to join the Navy. That statement also sums up the humble attitude that so many of our military personnel exhibit toward their service. When asked about her time in the Navy, my friend Melissa says, "I only served four years." ONLY four. 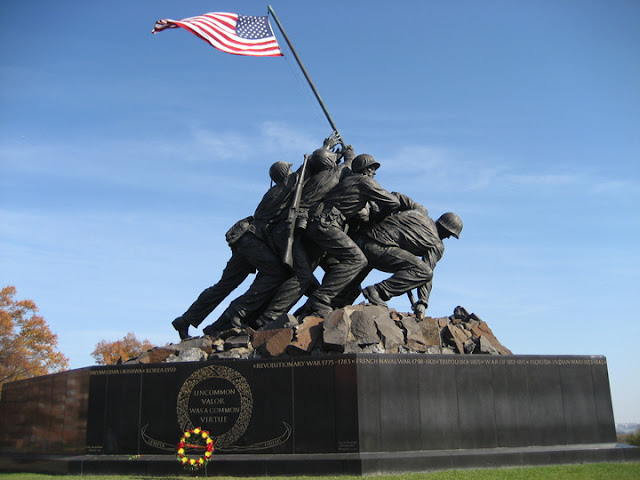 Please remember that today is not about a long weekend; it's about honor, service, and love of country. It's about Navy Seals who take on a seemingly impossible to execute mission to remove a terrorist threat. It's about families who struggle here in the states to keep up a strong resolve while their loved ones are under fire half a world away. It's about National Guard troops on the ground in the US doing their part to help our citizens who've lost everything because of natural disasters. But most of all, it's to remind us that freedom isn't free.
God bless America.
Posted by Laurie Laliberte at 4:42 PM No comments:

. . .a young man's fancy turns to thoughts of love. My thoughts are more on the creative side. As I sit down to write this it's barely noon and I've spent my morning sketching the framework for no less than sixteen new patterns. I've also fully written (rough draft) two more, and made a game plan for acting upon seven additional sketches which will eventually become thirteen patterns. If my math is correct, I've got 31 patterns that should consume the better part of the next three months! You all are going to have plenty of crocheting to do this summer.
Here's the best tease of all: by the time you actually read this post, some of those patterns will already be available for purchase on both Etsy and Ravelry. Why? Because in an effort to post more consistently, I've gotten into the habit of pre-scheduling my blog posts.
The best news of all is that a handful of these ideas are for the Big Girl collection and we all know what that means. . .You guessed it! They'll be FREE! So keep an eye open here, on Facebook, and/or on twitter. I intend to remain as consistent as possible and post a free pattern each month. (Just wait until you see what I have planned as your early Christmas present!)
Okay, enough teasing, I have work to do.
Happy Crocheting!
Posted by Laurie Laliberte at 1:00 PM 1 comment:

I'm a bit frustrated right now. My yarn stash is dwindling as I work on a boatload of new ideas but it's National Scrapbooking Month at Michael's. This is the point in the conversation where my BFF would ask, "What's that got to do with the price of onions?" Well, I'll tell ya. Because it's national scrapbooking month, and bridal season, and the end of the school year, the only items on sale at Michael's are scrapbook supplies, frames, bridal crafts, and kids crafts.
Still not getting it? Yarn! I want yarn! I crave yarn! I. . .Need. . .YARN! But I'm cheap, far too cheap to pay full price even at Michael's. So I check the ad every week and cross my fingers and hope that one day soon I'll see my coveted Lily Sugar n' Cream or Caron Simply Soft at a price even lower than Michael's already low everyday prices. (sigh) Then perhaps I can again find my happy place and finish the many beautiful surprises I have in store for you, my dear customers and readers. Until then, happy scrapbooking. 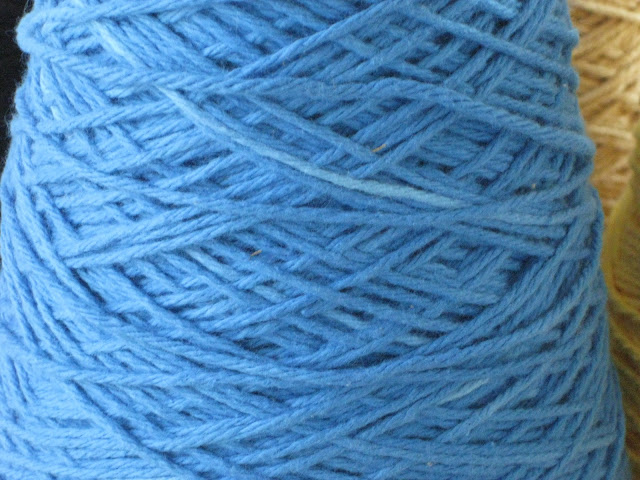 It's no secret that I love patterns that do not rely on gauge. I have no patience for gauge swatches. For me, knit and crochet are all about the quick fix, instant gratification, bang out a project and get it done, then move on to the next. Is it any wonder I found my niche in writing patterns with no size? I blame my lack of patience on the fact that I'm a Sagittarius and I'll leave it at that. Unfortunately for me, there are some fabulous patterns out there that do require a gauge swatch to be made and, thanks to my Ravelry pal, mom4rent, I've got a great tip to share with you.

I generally end up frogging my gauge swatches and reusing the yarn in scrap projects or, if I didn't have to wash the swatch after I made it, I simply frog it and begin the project. That way I don't feel as though I've wasted the yarn, just my time. Well, mom4rent told me she usually uses her gauge swatches as dishcloths. Of course, if everyone did this I'd be out of business, so I'll share with you the other tip she gave me: Keep the gauge swatch and launder it every time you launder the finished object. That way you'll have several yards of yarn that show the same amount of wear as the garment just in case you need to make a repair. Brilliant, right? (It also means those swatches will not become washcloths and I'll continue to sell patterns.)
Much love and happy stitching!
Posted by Laurie Laliberte at 1:00 PM 2 comments: